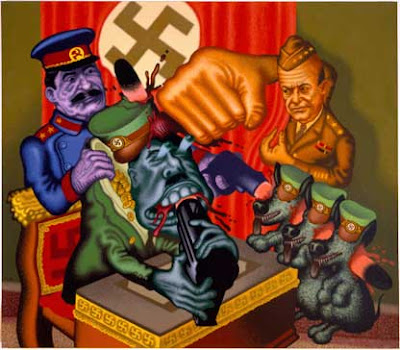 By Peter Saul
Posted by Katie Aaberg at 3:02 PM 1 comment:

Hitler In the News: Bull testicle hormone made Hitler romantic

FROM THE TIMES OF INDIA!
LONDON: In an astonishing revelation found in the memoirs of Christa Schroeder, Adolf Hitler’s secretary, Hitler often hallucinated about happier romantic times because his doctor often injected him with hormones procured from the testicles of bulls. According to Schroeder’s book, the Führer’s mood was known to change in the blink of an eye, and his periodic bursts of bonhomie perplexed and overwhelmed most in his inner circle. Schroeder worked for the Führer from 1933 until the end in May 1945. Hitler became so relaxed in Schroeder’s company that he would talk with surprising openness about his childhood. Schroeder was arrested at the end of the war and after being convicted as a war criminal, was reclassified as a collaborator and released from prison in 1948. She died aged 76 in June 1984.
Posted by SEAN at 7:31 PM No comments:

Hitler hat along with other wartime hats by Robert Dudley. I LOVE the cannon hat.
Posted by Katie Aaberg at 9:52 AM No comments: 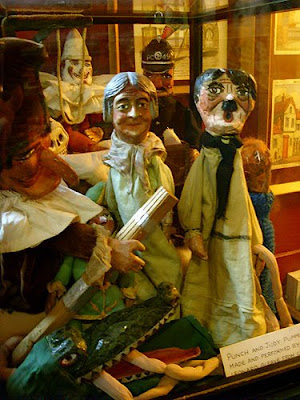 ORDER YOURS NOW!!!!
PAYPAL 2$ to GOGOBLINKO at GMAIL dot COM

You're No Hitler: Michael Jackson RIP

I feel bad for Michael Jackson, i have for a long time. I like to think that he could have done it, that is, become what his fame & money would allow him to seem to be. In the end, he's only human, subject to the craziness & distortions of fame & fortune & the public eye, subject to his delusions, unaware of what he was doing to his own dream. He could have had his own country! He should have had his own country! With glorious militaristic statues & armbands & moonwalking soldiers! But Michael Jackson, you're no Hitler. 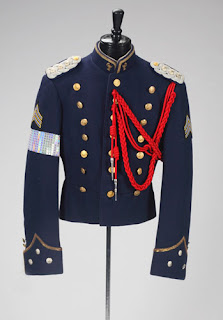 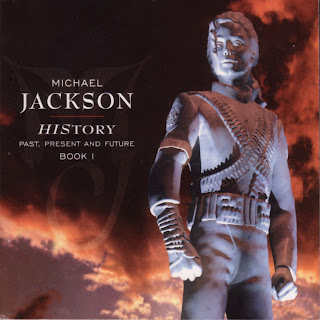 Email ThisBlogThis!Share to TwitterShare to FacebookShare to Pinterest
Labels: Michael Jackson, You're No Hitler 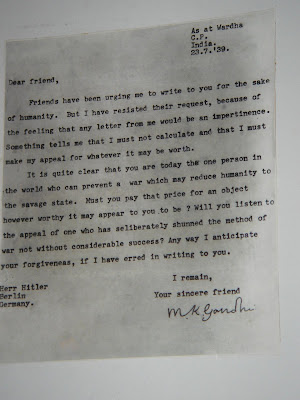 Letter from Ghandi to Hitler
Posted by Katie Aaberg at 4:17 PM 1 comment: 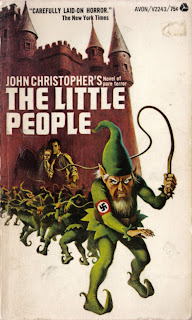 God knows what this book is about, but doesn't it look exciting? I hear Ice-T is going to be in the movie adaptation.
Posted by SEAN at 11:52 PM No comments: 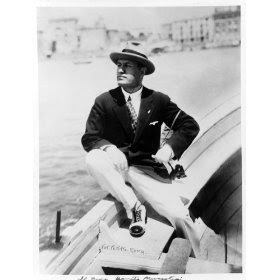 Posted by Katie Aaberg at 11:38 AM No comments: 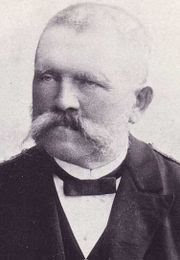 Born Alois Schicklgruber; June 7th 1837 – January 3, 1903 (sharing his birthday with Prince & myself i'll have you know!). Alois was illegitimate. For a time he bore his mother’s name, Schicklgruber, but by 1876 he had established his family claim to the surname Hitler. Alois was fifty-one when Adolf was born, & was extremely keen for his son to do well in life. Alois did have another son by Franziska Matzelberger but he had been a big disappointment to him and eventually ended up in prison for theft. Alois was a strict father and savagely beat his son if he did not do as he was told. His father was incensed when Hitler told him that instead of joining the civil service he was going to become an artist. The relationship between Hitler and his father deteriorated and the conflict only ended with the death of Alois Hitler in 1903.
Posted by SEAN at 12:01 AM No comments: 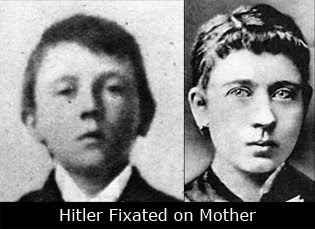 Hitler's sexual dysfunction was responsible for war and his persecution of the Jews, according to Kurt Kreuger M.D. who claims he was Hitler's psychiatrist from 1919 to 1934. I stumbled on his 1941 book, "I was Hitler's Doctor" not suspecting he was a psychiatrist. I wasn't prepared for the intimate revelations, including one that Hitler hated Jews because a grocer named Sachs had "desecrated" his mother.

Professor Robert Waite says the book is a hoax. There was no Jewish grocer in the town and Kreuger couldn't possibly have remembered pages of intimate conversations verbatim. ("The Psychopathic God," p. 434) I don't know about the grocer but it seems to me that after treating a very special patient for 15 years, a gifted man like Kreuger could know him intimately enough to reproduce his words. Also, the Introduction was written by Otto Strasser (who helped Hitler build the Nazi Party); the Upton Sinclair wrote the Forward, and a retired military psychiatrist wrote the Preface. Would they have lent their names to a hoax?

"I Was Hitler's Doctor" exposed in 1941 many aspects of Hitler's career and character that are little know even today. Hitler was impotent. He was a homosexual and bisexual. He had been Capt. Roehm's lover. He was employed by the army to monitor rabble rousers. he met regularly with Steel Baron Fritz Thyssen. 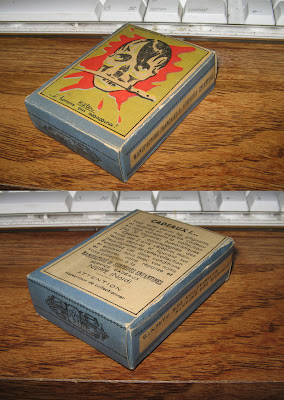 God knows what it says, but it has something to do with Hitler.
Posted by SEAN at 11:46 PM No comments:

Hitler at the Nuremberg Rally of 1934

Reichsparteitag, 1934
Adolf Hitler is the central figure of the three men who are facing us and giving the straight-armed salute. To Hitler's right is Heinrich Himmler.
Posted by Katie Aaberg at 11:57 AM 1 comment: 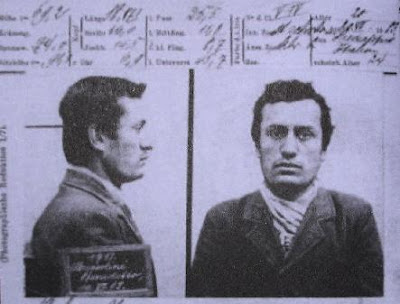 Arrested in 1903 in Basel for vagrancy: Benito Mussolini.
Manhunt photo of the police department of the Canton of Bern.
Posted by SEAN at 11:47 PM No comments:

save gas for the war effort! 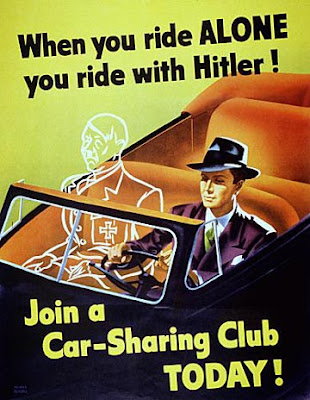 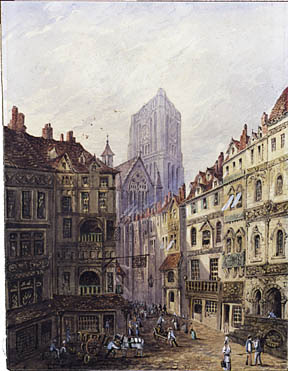 Some more art by der Fuhrer.
Posted by SEAN at 11:45 PM No comments: 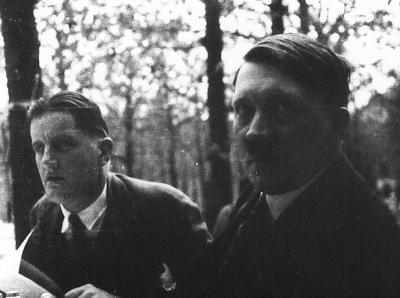 Putzi Hanfstaengl and Adolf Hitler at the Cafe Heck in Munich in the 1920s.
Posted by Katie Aaberg at 11:51 AM No comments:


Valkyrie (2008)
Do you remember that terrible Robin Hood movie with Kevin Costner in it? Remember how he didn't even try to have an English accent & just spoke with an American accent? But not just an American accent, but an unflavorful, boring tone of voice? Tom Cruise as a German is much worse than that. Tom Cruise starring in this movie is like replacing the burger in a hamburger with a sponge, not only does it not provide any flavor, but it soaks up all the ketchup & mustard leaving the burger dry, lifeless & unsatisfying. In addition to stupidly having Tom Cruise in it, Valkyrie suffers from the central problem of being based on a relatively uninteresting, uncomplicated story. Tom Cruise decided to make the movie due to some sort of youthful grudge he had against der Fuhrer & how he "always wanted to kill Hitler". All this said, Valkyrie is shot well, they seem to be using real airplanes, it matches up with the real story quite perfectly & the sets & costumes & vehicles are all fantastic. I would just watch Cross of Iron if looking for a good Nazi flick.
Posted by SEAN at 11:12 PM No comments:

Death and the Axis riding a deranged horse across the world! 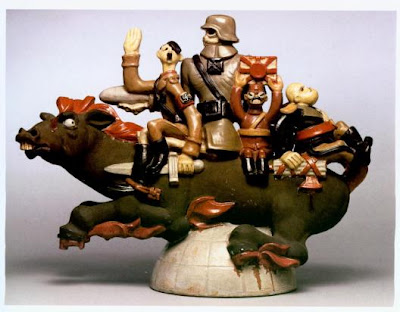 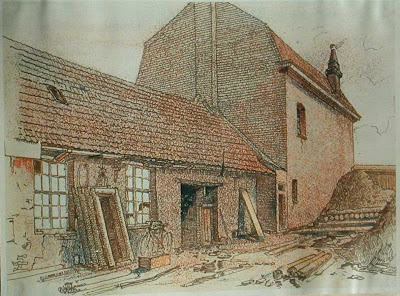 One of the most frequent criticisms of Hitler is his artwork. It's as if people would like him to have been a visionary modern artist or something, instead of the boring representational artist he was. Still, his work isn't boring if you like German buildings & landscapes...
Posted by SEAN at 9:16 AM No comments: 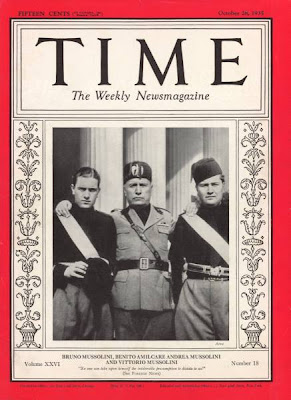 Posted by Katie Aaberg at 12:31 PM No comments: 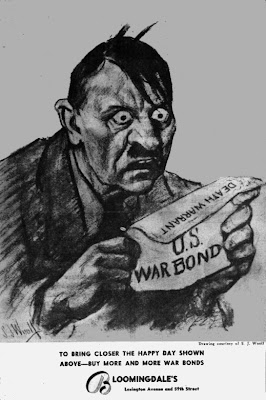 Not Really Hitler: The Great Dictator 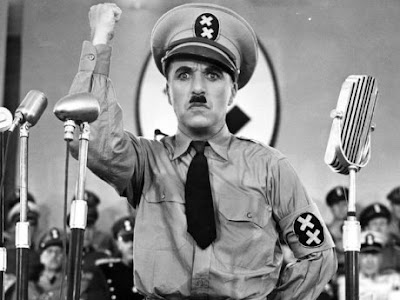 Charlie Chaplin as Adenoid Hynkel in The Great Dictator (1940). The Great Dictator was Chaplin's first talking film, his biggest commercial success, and the the only major film of its period to bitterly satirize Nazism and Adolf Hitler.
Posted by Katie Aaberg at 5:50 PM No comments:

Hitler In the Comics: Hate Monger 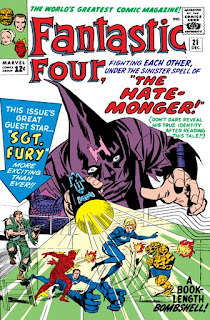 The Hate-Monger was a clone of Adolf Hitler. Years after the death of the original at the hands of the original Human Torch, Hitler's scientists created clones into which Hitler transferred his consciousness. In one such clone, disguised as the Hate-Monger, Hitler used a Nazi-designed Hate Ray to spread mindless hatred around the world. His first major attack was in the small southern country of San Gusto, where he bombarded the people with his ray, turning the country against itself. The United States had already spent billions trying to turn San Gusto into a show place of democracy, but after the Hate-Monger’s influence the country fell apart. Nick Fury, as a CIA operative, traveled to New York to enlist the help of the Fantastic Four to re-stabilize the country.
Posted by SEAN at 11:36 PM No comments:

In our effort to view all Hitler media for this blog, I agreed to a screening of Valkyrie despite my complete aversion to Tom Cruise. In true Hollywood style, it turns out there was more than one movie on this topic released in the same year, and Sean mistakenly added Operation Valkyrie: The Stauffenberg Plot to Kill Hitler to the Netflix queue.

Operation Valkyrie is a very thorough, well-produced documentary. It has an interesting mix of the usual moldy old file footage, historical photos, interviews with family members of the conspirators, and (bad) computer simulations. It gave good insight into the background of Stauffenberg and the resistance movement within the party. At times it did seem a bit stretched (descriptions of minutiae) and it may have been better as a one-hour presentation (at 76 minutes, it's too short for a movie). It also had really weirdly inappropriate theme music. But overall, very good and informative. I give it four stars.

Now I'm sure when we get around to viewing Valkyrie, I'll be even more annoyed by it, since I've got all the historical details.
Posted by Katie Aaberg at 11:20 AM No comments:

The Devil With Hitler

Screenshot from the movie The Devil With Hitler. 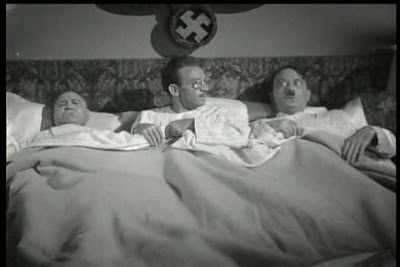 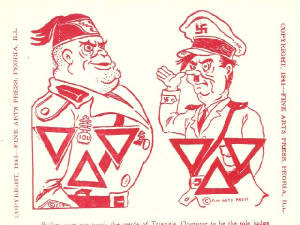 American-produced paper targets.
Posted by Katie Aaberg at 11:50 AM No comments: 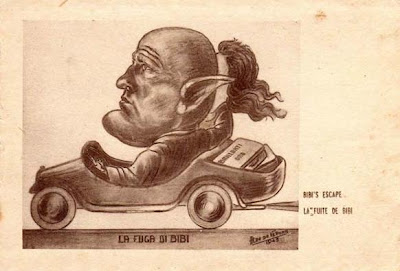 "Bibi's Escape", before Rat Fink, there was Mussolini.
Posted by SEAN at 11:36 PM No comments:

Only a little Hitler related, but this gets our full endorsement. Make sure to check it out. Don't worry, i'll still post a Mussolini.

ENTARTETE KUNTS returns to Portland in June 2009! The third annual underground art exhibit curated by Dennis Dread explores the intersection of imagery/sound and celebrates the incendiary art of metal and punk without a trace of irony. "Entartete Kunts” is a bastardization of the German term “degenerate art” and a snide reference to the 1937 Nazi purging of all art deemed objectionable by "Der Führer". An unfortunate pun but strangely appropriate for this gathering of unrepentant iconoclasts who stand boldly "outside" in every way. Entartete Kunts is in fact a very special exhibition that assembles some of the most devoted artists from around the world for a rare glimpse into a thriving and still largely renegade culture. Negative space? This is WAR!

The exhibition will be on display from June 4th through June 30th at The Life Gallery in downtown Portland, Oregon with an official Artist Reception on Friday, June 19. Many of the artists will be in attendance and DJ’s will be blasting vintage vinyl into the Witching Hour! Our allies at The Life Gallery have made special arrangements and will not take any percentage of sales from this show. That means if the artists sell their work, the artists keep all the money. This sort of deal is unheard of in the "art world". So come out for the Artist Reception June 19th and BUY ART! You’ll walk away with a piece of history knowing you did your part to support creative resistance in this age of desperate conformity, impotent angst, and just plain old boring decency.

CHECK OUT THE WHOLE KILLER LINE UP INCLUDING CHARACTERS LIKE NICK BLINKO, S. CLAY WILSON, AWAY FROM VOIVOD, NECROLORD, ROB "BARON" MILLER, DENNIS DREAD & A WHOLE LOT MORE! THIS IS THE ONLY ART SHOW THAT I ENDORSE AT THE MOMENT.
Posted by SEAN at 11:11 AM No comments: