Hitler Getting Punched knocks it out of the park today! 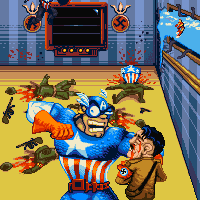 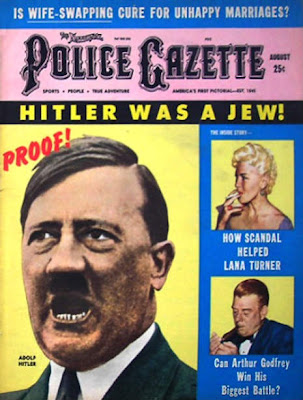 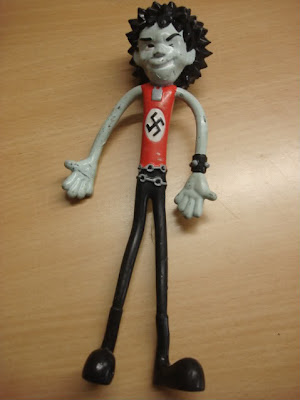 Another Holy Grail has popped up. JUST LOOK AT THIS THING. WOW.
Posted by SEAN at 2:12 PM 4 comments:

Pastry chef Manfred Klaschka says 'If someone orders it, I make it.'; Holocaust survivors' group says this is exactly the sort of thinking that 'led us into the disaster 70 years ago.'

The Mauthausen Committee says the bakery, located in the village of Maria
Enzersdorf near Vienna, offers cakes adorned with a sugary swastika or with a baby raising its right hand in a Nazi salute, pictures in his catalogue show. Pastry chef Manfred Klaschka told broadcaster ORF at his cafe said "If someone orders it, I make it." Willi Mernyi, the chairman of the survivors' group Mauthausen Committee said in response that "this is exactly the sort of thinking led us into the disaster 70 years ago." The group pressed charges on suspicion that the chef violated laws that ban neo-Nazi activities and the display of Nazi symbols. Austrian law bans the glorification of the Nazi era and attempts to diminish, deny or justify the Holocaust. The Holocaust awareness group asked Austrian prosecutors to press charges against the pastry shop, and Erich Habitzl, a spokesman for the public prosecutor's office in Wiener Neustadt, confirmed receipt of the group's request Tuesday but said it was too
early to comment.

Daily Hiter's note. Notice at the top it says, "the disaster 70 years ago". If Germany had won the war, would they be saying it was a disaster?
Posted by SEAN at 12:19 PM 2 comments:

Okay, so this is 1968. 23 years after the war. Kids can wear this helmet AND it can be advertised on TV. Today, it's 2011, somehow this is MORE offensive now than it was then. Explain this to me. GOOD GUYS WEAR IT. SO CAN YOU!!!